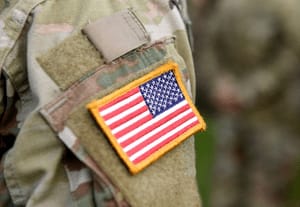 Answer these questions to see if you Qualify:
Never a Fee Unless You Win!

The James Rolshouse Law Firm is ready to fight for the compensation you deserve.

From 2003 to 2011 Iran has been responsible for the majority of US casualties in Iraq. Following the decade long Iran/Iraq war Iran flooded their neighbor with cash, rockets and weapons technology. These proxy groups including both Sunni and Shia militias have allowed Iran to carry on a proxy war against the West and its Allies.

Iran supplied Shia militias in Iraq with the technology and materials to manufacture EFP’s of Explosively Formed Projectiles, the most lethal type of roadside bomb responsible for the death and mutilation of thousands of American Soldiers.

Only the US withdrawal from the region in 2011 slowed down the death count. Iran remains to this day the key destabilizing influence in the Middle East. Anti-Western, violent reprisal, doctrine remains the central focus of the Iranian regime.

Iran did not act alone, they were aided by a group of international banks that funneled money to Iran over a ten year period in stark violation of international sanctions that prohibited such transactions.

Several banks have already admitted entering into criminal conspiracies with the Iranian Government and supplying them with billions of dollars that were used directly to fund the killing and wounding of Americans. These banks supplied and laundered hundreds of millions of dollars to Iran in violation of International law and are now being held accountable. Several of these banks have paid fines in the billion dollar range and more money is forthcoming. These fines have been deposited and ear marked for victims of state sponsored terrorism including victims of 9/11 and soldiers injured in Iraq and their families. Recent changes to the fund have allocated 50% of the fund to 9/11 victims and 50% to Other Victims including US soldiers killed or injured in Iraq.

Justics for US victims of state sponsored terrorism act

This is the framework under which the recovery fund was established. It is set up to pay the Judgements of injured parties on an annual basis until the Judgements are satisfied in full or until the Fund ceases in 2030, unless further extended by Congress. To file a claim under the fund you must be a US Citizen, Active or Retired military, National Guard or Reserve or a family member of said person that was killed or injured in Iraq between 2003 and 2011 in an area where Iranian influence was present (Central and Southern Iraq). This requires obtaining a final judgement from a Federal District Court in the United States.

The process is fairly straight forward but requires the victim to bring a law suit against the Islamic Republic of Iran. They usually do not defend these actions and the cases proceed by default. It is required that the victim have expert testimony in the record as to Iranian influence in the area the victim was injured as well as expert testimony as the extent and impact of injuries to both the soldier and their family.

These case are usually significant in amount of recovery but require the guidance of a law firm experienced in this type of international litigation as there are procedural pitfalls for the unwary.

Over 200 claimants have already been paid by the Fund in varying amounts up to over $2 Million dollars. Attorney’s fees for using the fund are capped at 25%. There also is the opportunity to seize Iranian in satisfaction of the Judgement and this has been successful for a limited group of claimants. The bottom line is the money is there. The problem is there is very little public awareness of the rights of Soldiers and their families to recover for their losses.

Ask us for copies of Complaints in cases that have already been filed, and for Reports of the Director of the Terrorism Fund and some resources for additional research on the subject.

James Rolshouse is Licensed to practice law in MN and AZ, and associates with Carlson Law Firm for cases in TX, and with experienced Attorneys throughout the United States to serve injured clients across the country. Submission of this form does not create an Attorney/Client relationship. You are not a client and the law firm does not represent you until a written Retainer Agreement is signed. The materials contained on this web site are provided by the law firm of James Rolshouse PLLC for informational purposes only and should not be construed as offering legal advice. The specific advice of legal counsel is recommended before acting on any matter discussed on this site. You may require further information for a complete understanding of any subject covered by any articles or other material on this web site. Neither the completion of an intake nor the submission of any other information to this law firm constitutes the establishment of an attorney client relationship. No attorney client relationship will exist between you and James Rolshouse Law Firm PLLC without a specific written retainer agreement between you and this firm. The determination of the need for legal services and the choice of a lawyer are extremely important decisions and should not be based solely upon advertisements or self-proclaimed expertise. A description or indication of limitation of practice does not mean that any agency or board has certified such lawyer as a specialist or expert in an indicated field of law practice, nor does it mean that such lawyer is necessarily any more expert or competent than any other lawyer. All potential clients are urged to make their own independent investigation and evaluation of any lawyer being considered.