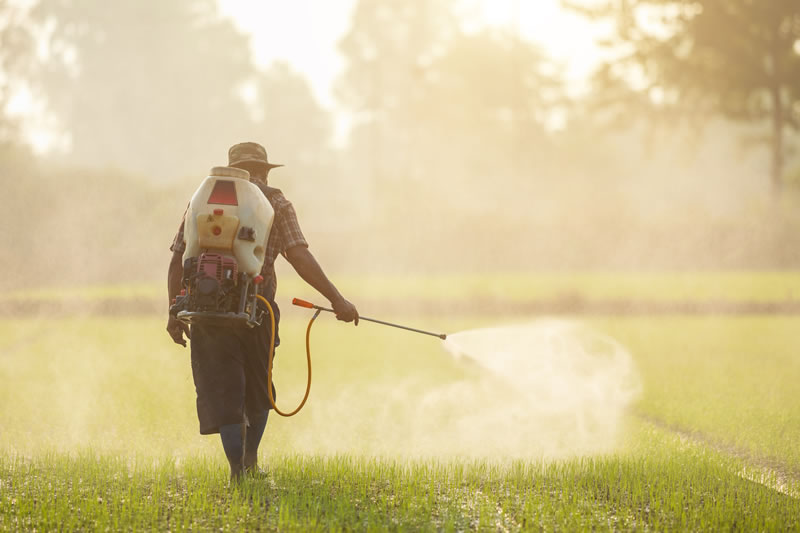 Answer these questions to see if you Qualify:
Never a Fee Unless You Win!

We are ready to fight for the compensation you deserve.

You may have an extremely limited time to seek compensation for Paraquat™ exposure resulting in Parkinson’s disease.

If you worked around Paraquat™ or lived near an area that was exposed to Paraquat™ and you have since developed Parkinson’s disease, please contact our Law

Firm as soon as possible.

Some of the most common type of Paraquat™ exposure affected:

As indicated by data from the American Council of Science and Health, Paraquat™’s glyphosate is another commonly used known toxic herbicide with relative toxicity of 33-250. Exposure to Paraquat™ is also associated with adverse health effects, including Parkinson’s disease.

The degree of poisoning linked to Paraquat™ depends on the amount, route, duration of exposure, and the person’s health at the time of exposure.

Paraquat™ can cause direct damage when it comes in contact with the lining of the mouth, stomach, or intestines.

After Paraquat™ enters the human body, it is distributed to all areas of the human body. Paraquat™ causes toxic chemical reactions in many parts of the body, mainly the lungs, liver, and kidneys.

Cells in the lungs may selectively accumulate Paraquat™ through active transport.

What Is Paraquat™ Poisoning?

Paraquat™ poisoning is a rare but potentially fatal clinical presentation.

What Is the Cause of Paraquat™ Poisoning?

Paraquat™ poisoning usually comes from swallowing chemicals. This can happen after eating contaminated food or beverages. Workers who often work with chemicals are also susceptible to poisoning, which can cause lung damage. In the past, some batches of marijuana were found to contain traces of Paraquat™, which may cause poisoning when inhaled.

Poisoning can also occur after skin contact. This is most likely to happen after long-term exposure and when the chemical concentration of Paraquat™ is high. It is also common if the chemical comes into contact near cuts, sores, or rashes.

Symptoms of Paraquat™ poisoning will develop rapidly. Individuals may experience swelling and pain in the mouth and throat immediately after ingesting or inhaling Paraquat™. Direct contact with Paraquat™ can cause immediate damage. Before long, they may encounter:

What Is Paraquat™ Used For?

Paraquat™ is used to control weeds for more than 100 crops, including field crops, orchards, fruits, and vegetables. It can also be used as a desiccant and used on some crops before harvest to kill green substances and help harvest. It is also used to kill weeds; that is why it is known as a Paraquat™ weed killer.

Paraquat™ is one of just two pesticides utilized in the United States that is prohibited or eliminated in the European Union, China, and Brazil.

In October 2020, EPA took an essential step in the regulatory review of Paraquat™. Paraquat™ is only used in agricultural and commercial environments. The proposed interim decision is based on the draft risk assessment findings and comments submitted during the public comment period. It proposes new mitigation measures to reduce potential ecological risks and protect public health. The proposed interval decision is the next step in the registration review process of the Federal Insecticides, Fungicides and Rodenticides Act (FIFRA) and is not a denial or approval of herbicides.

Which Countries Have Banned Paraquat™?

Paraquat™ is banned in Switzerland and EU countries (and other countries/regions) due to its high toxicity. But Syngenta continues to sell this pesticide in many countries. Since 2002, the Citizen Action Movement “Stop Paraquat™” has been calling for a ban on the use of this highly toxic herbicide.

The Paraquat lawsuit claims that the use of Paraquat herbicide causes Parkinson’s disease.

What We Know About Paraquat™ Lawsuit

In the 1980s, an experiment in Southern California showed that the heroin contaminant MPTP caused users to suffer symptoms similar to Parkinson’s disease. Experiments have shown that heroin pollutants destroy dopamine neurons, which are the same as those damaged by Parkinson’s disease patients. MPTP and Paraquat™ have similar chemical structures.

In 1997, the Environmental Protection Agency (EPA) announced that Paraquat™ was the main route of exposure to the compound during the mixing, loading, and application of herbicides and during the post-application process. The agency further recommends that although the herbicide is not registered for residential use, such exposure may still occur to individuals living near the farm where the herbicide is used.

Manufacturers may have known the link between Paraquat™ and Parkinson’s disease for many years but never made it public. This means that companies that manufacture and sell Paraquat™ may be liable for selling dangerous products without proper warning. Individuals who have used or been exposed to Paraquat™ and subsequently diagnosed with Parkinson’s disease may be entitled to substantial financial compensation.

How Does Oxygen Affect Patients with Paraquat™ Poisoning?

Paraquat™ produces reactive oxygen species, which cause cell damage through lipid peroxidation, NF-KB activation, mitochondrial damage, and apoptosis of many organs. It actively responds to the concentration gradient in the lung tissue, leading to pneumonia and pulmonary fibrosis.

If you have been exposed to Paraquat™ and developed Parkinson’s Disease or Parkinson like symptoms you should contact a Paraquat™ Attorney to discuss your legal rights.

PARAQUAT™ IS A REGISTERED TRADEMARK. NO REPRESENTATIONS OR WARRANTIES ARE IMPLIED OR MADE BY THE AUTHOR.

James Rolshouse is Licensed to practice law in MN and AZ, and associates with Carlson Law Firm for cases in TX, and with experienced Attorneys throughout the United States to serve injured clients across the country. Submission of this form does not create an Attorney/Client relationship. You are not a client and the law firm does not represent you until a written Retainer Agreement is signed. The materials contained on this web site are provided by the law firm of James Rolshouse PLLC for informational purposes only and should not be construed as offering legal advice. The specific advice of legal counsel is recommended before acting on any matter discussed on this site. You may require further information for a complete understanding of any subject covered by any articles or other material on this web site. Neither the completion of an intake nor the submission of any other information to this law firm constitutes the establishment of an attorney client relationship. No attorney client relationship will exist between you and James Rolshouse Law Firm PLLC without a specific written retainer agreement between you and this firm. The determination of the need for legal services and the choice of a lawyer are extremely important decisions and should not be based solely upon advertisements or self-proclaimed expertise. A description or indication of limitation of practice does not mean that any agency or board has certified such lawyer as a specialist or expert in an indicated field of law practice, nor does it mean that such lawyer is necessarily any more expert or competent than any other lawyer. All potential clients are urged to make their own independent investigation and evaluation of any lawyer being considered.